When we tell people we’re moving to Mali, West Africa to teach school, they ask one of three questions: (1) Is that a country? (2) Is that where Madonna adopted those kids? (3) Are you running from the law? (answers: yes since 1960, no that was Malawi, none of your beeswax).

I’ll provide the backstory to give this all some perspective, and to reassure everyone that this is not a last-minute lame-brain scheme. 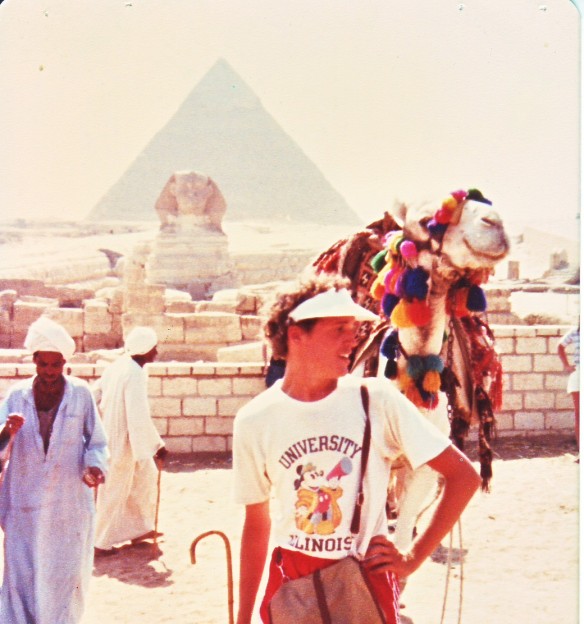 Childhood: Loved that TV show “Big Blue Marble,” where every week they showcased a kid living in another country. Decided I definitely needed to expand my horizons beyond the midwest. See, TV doesn’t always rot your brain.

High School: I was a non-Spanish-speaking exchange student sent to Trujillo, Peru to live with a family and attend school. Ate guinea pig. Hiked three days on an ancient Incan trail to Machu Picchu. Decided I needed to see the rest of the world. Especially places where they didn’t eat guinea pig.

College: Found a summer internship in Nuremberg, Germany where I worked a month before backpacking through Europe and northern Africa. 12 countries, 2 months, 2 pair of pants, 4 shirts. Rode camels around the Sphinx, saw Evita in London (the musical, not the politician/icon), did not eat any animal considered a pet. 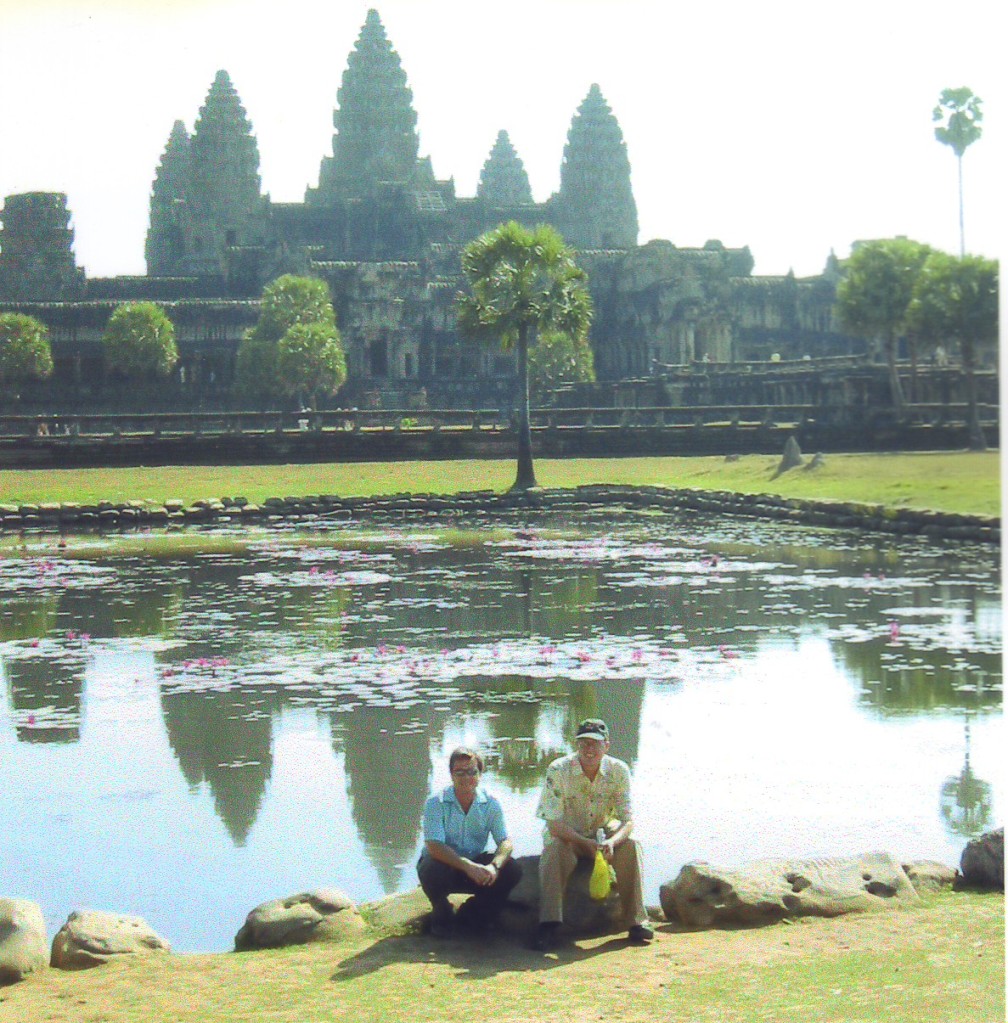 Jamey & Jeff outside of a temple at Angkor Wat, Cambodia

Adulthood: Jamey and I vow to travel abroad every year to an exotic destination. Soon realize this plan would work better if we had chosen an occupation paying slightly more than teaching, like being an assistant co-manager at a tanning salon, or selling Avon. Nevertheless we manage to stick to the plan and experience riding a pony across the volcanic plains of Iceland, boating for 2 weeks down the Volga River in Russia, drinking snake wine in Vietnam (again with the pets-as-food thing!), ballooning over the ruins of Angkor Wat in Cambodia, celebrating Christmas night in a smoky Fado bar in Lisbon, floating in an inner tube down an almost undiscovered river in the jungles of Belize, walking throughout the streets of Prague at 3 AM Easter morning as the snow fell, and drinking super sweet, cavity-inducing tea with a family of Berbers in the Atlas Mountains of Morocco. Travel becomes a crack-like addiction: the more we do it, the more we want it do it. “They tried to make me go to rehab, but I said no, no, no.”

Adulthood Part 2: Brought like-minded travel friends Ilean and John into our addiction. Adventure is ramped up. 3 weeks in Thailand riding elephants (not plastic ones attached to a spinning carnival ride), hiking to a remote hill tribe in the mountains to bunk with the villagers, visiting a Buddhist monk who lived in a cave in the jungle and wanted Jamey to remain with him. Found Carmen Miranda’s grave in Rio de Janeiro, and the grave of Evita (the politician/icon, not the musical) in Buenos Aires. Ran around those giant heads on Easter Island. Stayed with the Kuna Indians on an island off Panama (and convinced Jamey’s parents to join us!). And in Nicaragua discovered that bad ceviche can have long-lasting effects. Despite the diarrhea/vomiting, started to consider living abroad vs. just visiting.